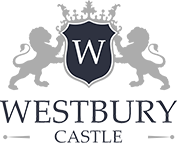 The site was first occupied by a son of Baron Mostyn of Mostyn in the 15th Century. In 1670, the title of 'Baronet' was conferred on Edward Mostyn of Talacre by Charles II in gratitude for his support in the Ulster Campaign. At that time, the family lived in a Jacobean Mansion House on the site. The current Mansion was built by the 7th Baronet Mostyn in the 1820s reflects the considerable wealth and status that the family had accrued. The House is late Regency in the Tudor-gothic style, built from Ashlar sandstone from the family's own quarries and using oak from the Estate. The Talacre Estate originally comprised over 6,300 acres, which included farms, quarries and woodlands around Talacre Hall, plus the Greenfield Valley industrial area and adjacent farms and extensive land with valuable mineral resources including lead and coal. Stone from Gwespyr quarries, besides being used for building was exported as sharpening stones worldwide. The Mostyns left the property in 1920 following the deaths of two Baronets in quick succession. It was occupied by an order of Benedictine Nuns as an Abbey until the late 20th Century when it once more became a family home.

A separate branch of the family, the Mostyns of Mostyn, developed Llandudno as a Victorian seaside resort and still own much of the town.
The land covered by sand dunes at Talacre was then, as now, known as the Warren, because of a large rabbit colony.

In Tudor Britain the Crown claimed ownership of the colonies because of their importance in the domestic food supply and only favoured families were granted rights to breed and kill the animals.
The Mostyns of Talacre were one such fortunate family in Wales - indicating the extent of their influence.

The original estate was home to Basingwerk Monastery, which brought with it the land and minerals that underpinned the family's prosperity.
So much so that despite being punished for their Catholic faith following the Reformation and support for the Royalists during the Civil War they continued to prosper, before Edward the seventh Baronet of Mostyn, built Talacre Hall between 1825 and 1829.

The £70,000 (around £7m at today's value) house with it's octagonal turrets, was inspired by landmark Elizabethan buildings, like Hampton Court Palace, replaced an earlier Jacobean ancestral home.